BALBUENA SET FOR BAPTISM OF FIRE 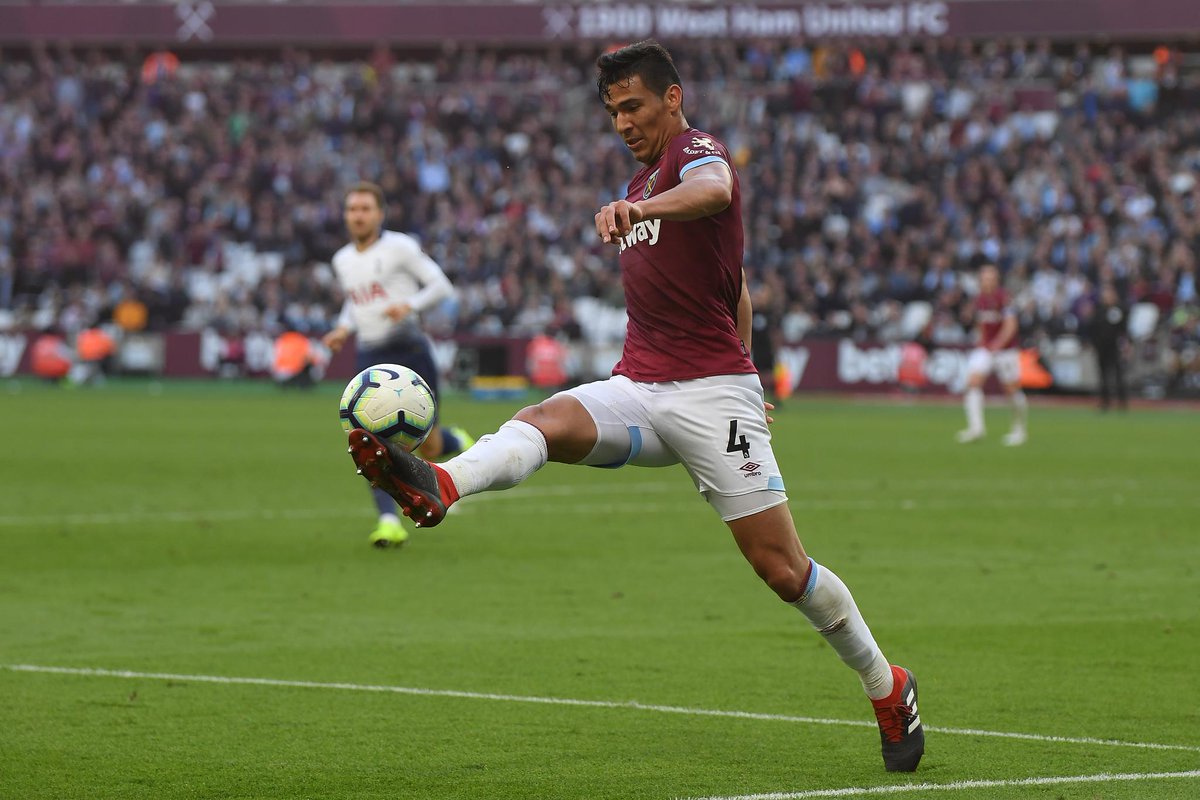 West Ham United and Chelsea are almost inseparable on the league table at the moment in the race to qualify for Champions League football next season and the outcome of the league match between the two teams could go a long way to determine the destination of the fourth and final Champions League spot with the first three spots close to being settled.

Premier League table toppers Manchester City have already qualified for the Champions League next season, while second-placed Manchester United and third-placed Leicester City are on course to follow the Citizens into the competition next season thereby leaving the other contenders to battle for the last spot.

Chelsea occupy fourth position for now due to their superior goal difference over the Hammers with the two teams on 55 points, while Liverpool and Tottenham Hotspur are in seventh and sixth respectively with 53 points though Spurs have played a game more than everyone. On their part, Everton are in eighth place with 52 points.

West Ham United manager David Moyes has done a fantastic job for the club this season after taking a team that survived relegation from the league last season into Champions League contention with six matches left to play. A win for the Hammers at home to Chelsea will take them back above the Blues into fourth place.

Moyes and his players started last weekend in fourth place before they were beaten 3-2 at the home of Newcastle United with ten men after the first half dismissal of Dawson. Chelsea drew goalless with Brighton and Hove Albion at home to take fourth place from the Hammers on goal difference courtesy the point earned.

Paraguay defender Balbuena is expected to take the place of Dawson in a three-man defence for the Hammers. The Paraguay international was in the team for the most part of the first half of this season until he suffered an injury and could not win his place back upon his return.