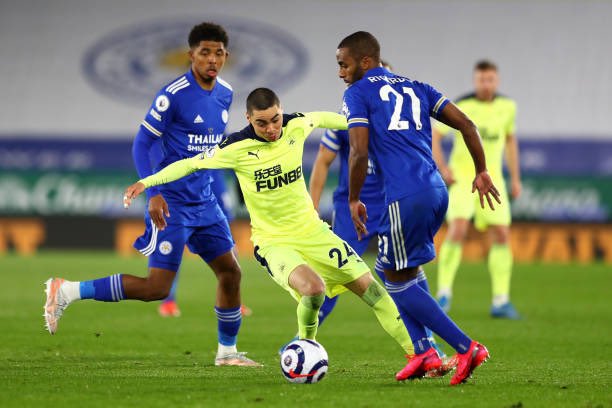 Paraguay midfielder Miguel Almiron was in the Newcastle United starting line-up for the game. The Paraguay international started the game in midfield alongside Jonjo Shelvey and Arsenal loanee Joe Willock. Willock is on loan at the club from fellow Premier League side Arsenal.

Newcastle United raced into a two-goal lead at the half-time break at the expense of Champions League chasers Leicester City. The aforementioned Willock pounced on the error from Foxes defender Caglar Soyuncu to give Newcastle United the lead midway into the half before Welshman Paul Dummett added a second goal on 34 minutes. The scoreline at the break was a surprising one as Newcastle United came into the game on the back of a tame effort at home to Arsenal. The Gunners ran out 2-0 winners as a result.

The Newcastle United players dealt well with the half-hearted Leicester City onslaught at the start of the second half before topscorer Callum Wilson added two goals in nine second half minutes to edge his team four goals clear. His first strike came on 64 minutes before he completed his two-goal salvo on 73 minutes.

Leicester City started their fightback with two goals in the last ten minutes but it was too little too late. Substitute Marc Albrighton and the in-form Kelechi Iheanacho scored the goals.

The away win ensured that the Magpies would no longer suffer relegation this season and Paraguay player Almiron contibuted his own quota to the result. The former Atlanta United man featured for 88 minutes before he was withdrawn for Jeff Hendrick.